Eat, drink and be Irish: Ulster Fry is a traditional breakfast – Kenosha News 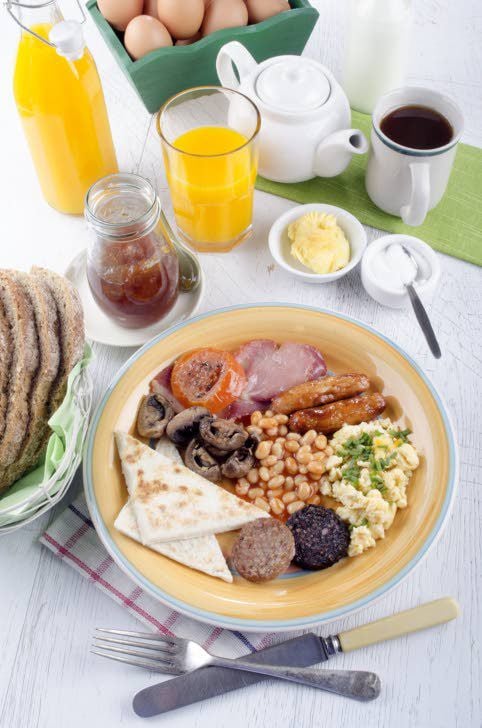 An Ulster Fry is a hearty Irish breakfast that includes fried eggs, rashers of thick bacon, Irish sausage, black pudding, fried potatoes, a side of pork and beans and a fried flat potato bread known as potato fadge, or farl.

As St. Patrick’s Day approaches, many people like the idea of planning food and festivities from sunup to well past sundown, and an Irish breakfast may be a great place to start.

In rural Ireland, as in all rural areas, breakfast is hardy and plentiful. It is vital for the energy and nutrition of protein and starches, and plentiful due to the presence of eggs, potatoes and pork products.

Urbanites also enjoy what is known as either a Full Irish breakfast or, in the north, Ulster Fry.

Northern Ireland celebrates breakfast with Ulster Fry for the fact that everything on the plate is fried. In addition to the elements listed above, Ulster Fry includes a fried flat potato bread known as potato fadge, or farl.

“I’ve eaten many an Irish breakfast,” says Cashin Bolog, the daughter of two Irish-born parents. “We went to Mass and then had breakfast.”

The breakfast was completed by Irish soda bread with marmalade and tea, preferably Barry’s (an Irish tea) or Lyons, Cashin Bolog said.

“We had breakfast every day but I have such a nice memory of Sunday mornings,” said Cashin Bolog.

So important was Irish breakfast and Ireland to Sean Cashin, that after his wife died, his family took him on a trip back to his County Leitrim. Maureen reports that eating Irish breakfast in the castle where his own father had once been a gameskeeper was a particular highlight for Sean.

Even those not from the Emerald Isle might want to make Irish breakfast the most important meal of the day — especially on St. Patrick’s Day.

You say flatbread, I say farlAdd a bit of Ireland to your breakfast table with a side of Irish flatbread called farl.

1/2 pound or about 3 cups of potatoes, peeled, cooked and still hot

Mash or rice potatoes while hot until there are no lumps. In a bowl, mix the potatoes well with the salt; then add the melted butter and mix well again. Add the flour, working in enough to make a light and pliable dough.

Turn dough out onto a lightly floured surface and roll into a rectangle about 9 inches long, 4 inches wide and about 1/4 inch thick. Trim the edges until you have a neat rectangle. Cut diagonally into four or six triangles.

Heat a dry griddle or frying pan to medium-hot. Fry the farl triangles until golden brown on each side, about five minutes a side.

Put the finished farls aside on a plate covered with a dishtowel to keep warm and moist.